Racing in Colorado isn’t exactly plentiful, at least not for offroad. So when there is a good race in Colorado, we have to go! We are fortunate to have Colorado Off Road Extreme nearby and they do hold a full season of racing. However only a few of the races are set up on an extra long course. Extra long for Colorado is about 15 miles and since our nick name is “Lap Traffic” it’s nice to have a bit more distance between the passes.

The Collin Miron 300 is named for Carl Miron’s son. Collin had Cystic Fibrosis and after a lifelong battle he passed away in 2014. Collin was an offroad enthusiast and with the help of his dad and the Make a Wish foundation he was able to race and experience life! Carl started CORE in an effort to give his son someplace to race and that effort has cultivated a community of racers and given everyone a place to race. It hasn’t been an easy road for Carl, building a community can be frustrating, but the effort that he put in to get the place started is appreciated by all in the racing community. This race specifically raises money to give back to the Make A Wish foundation and Collins car has been given a complete Make A Wish Livery.

This race begins with a Parade lap. Collin’s car leads out the entire group of cars for a memorial lap. When we finish the first lap, at parade lap speeds, Collins car pulled off and we were on our way. We were a little apprehensive about this start because, well they started us, the slowest car in the bunch up front… We were expecting a bunch of angry trucks to charge up behind us and we are all out of drivers side rear fenders!

It turns out everyone was very courteous, and in addition, we were actually moving really quick. Its a funny thing about CORE, there are a lot of tight areas and the big floppy trucks don’t seem to be able to hold a corner any faster than we can on some of those turns.

During the first lap we had an unlimited buggy cruise on past us early on, then soon after we had a full size truck come by. That full size truck passed us on a straight away into a set of corners and we were on his butt through the next series of turns. Wow, it was fun and reminded me of a moment in Baja when our nose was under the bumper of a big truck. After two more passes we were left alone! Approximately 5-6 of the other 15 or so cars passed us, a couple of them passed us a few times, but we really hardly ever saw the rest of the field! 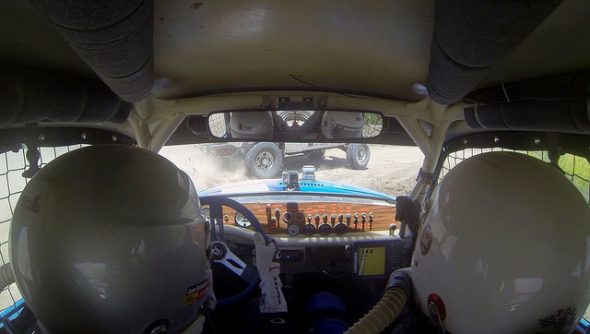 We were really hauling ass, but after about 90 miles we realized we should probably consider fuel economy as well and started easing up on the RPM’s. We stretched our fuel stop out to about 125 miles and Matt Wilson replaced Josh in the drivers seat. Paul Massey continued on in the codriver seat. 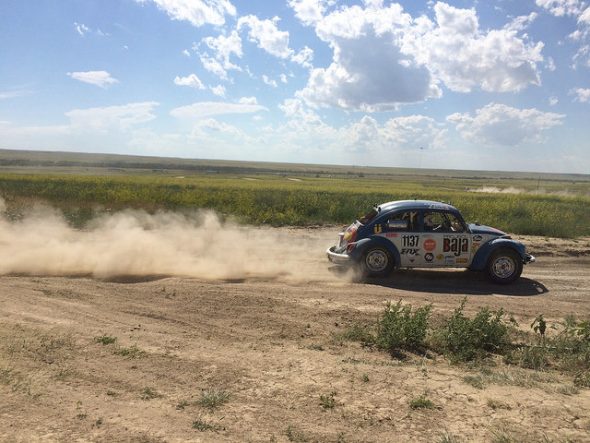 After about 4 more laps it was determined that Paul wanted a rest (we think he may have heard that there was ice cream at the pit) and Josh would replace him, but when the car pulled in it was clear something was up! The tire sidewalls were down to the casing and the rear of the car was sitting very low… We got the car in the air, pulled wheels off to reveal two severely bent spring plates. 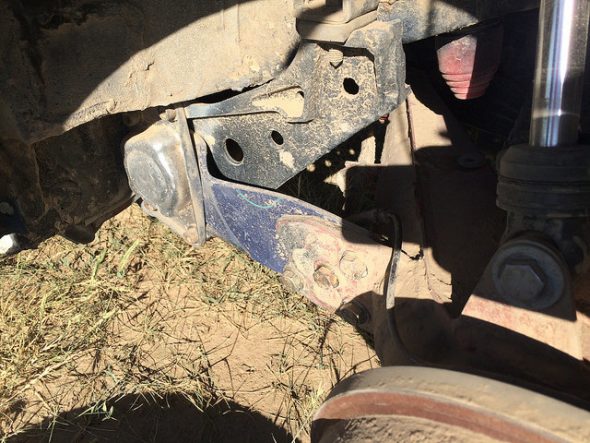 We have been having some trouble with this for a while and have been exploring new options for spring plates, this experience is definitely going to expedite that process. 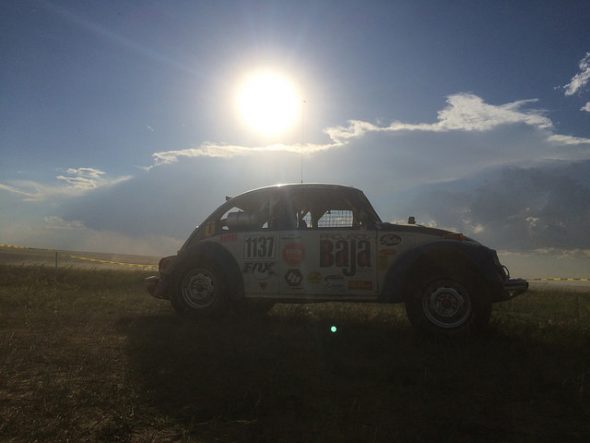 Fortunately we had gone far enough, fast enough to secure 1st place in the 1600 class! 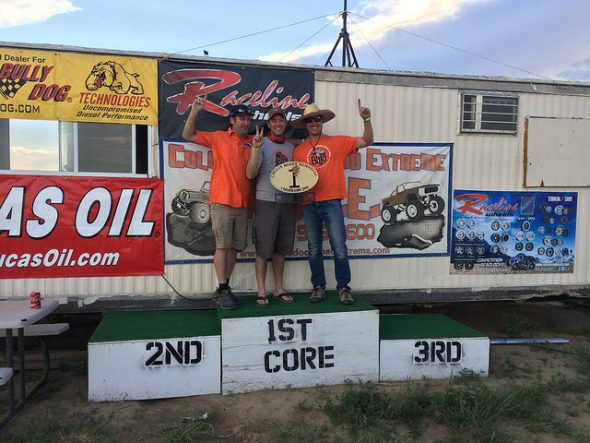 Last year we were fortunate to pull off a 2nd in class in the same class, it is really fun racing with these guys so we are looking forward to the next one.